From the moment the music began to play on this audiobook I knew that I was in for a treat. Jack's morning isn't starting off quite like he had planned, the alarm clock that he created attacks him, his nanny quits, he suddenly has a patch of gray hair on the back of his head, he is going to be late for school and his math test, a bully demands to copy his math homework and he collapses and falls into the road. See, not a  great start. When Jack wakes up in the hospital he knows something isn't right and before he can do anything about it he is taken to the Karai Institute. Professor Bhegad, who is totally kooky, explains to Jack that he has a very rare genetic condition called G7W. This condition opens up a persons ceresacrum, takes their strengths and intensifies them. You may be thinking "cool" however it also causes death. Jack has been sent to the Karai Institute to receive medical treatments in the hopes of prolonging his life. He soon meets Marco, Cass and Aly, all of whom have the same condition. Marco, the solider, has athletic ability and strength like no other. Cass, the sailor, can memorize maps and locations within seconds of seeing them and Aly, the tinker, can hack into any computer system and has a vast knowledge of movies. Unsure of what his talents are and if G7W is a real condition, Jack wants to escape. After an escape attempt fails and Aly's life is almost lost, Professor Bhegad tells them how their lives can be prolonged. There are seven Loculi that must be recovered. These Loculi, each contain a part of the power of Atlantis and are located in the Seven Wonders of the World. Once they are all found, the power of Atlantis can be restored, helping the four children live. Sound confusing? It really isn't, at least when Peter Lerangis is explaining it. I really enjoyed this story, lots of action, not a lot of violence and blood, some gross moments (Cass in the cacoon, bluch), a character for everyone to route for and perfect cliffhanger ending. I wanted to move right into listening to book 2: Lost in Babylon but the audiobook is checked out and I'm number two on the wait list   While several kids in my school have already discovered this book, I am looking forward to sharing it with those who haven't yet.

Jonathan McClain does a great job narrating this story. His voices are fantastic. My favorite being Professor Bhegad. It had the perfect amount of quirkiness for that character. It was easy to distinguish between all the voices and the pacing was really nice.

Walking in the late afternoon can be brutal in the summer. Luckily Island Snow is on my walking route and I can easily pop on it and have some shave ice. 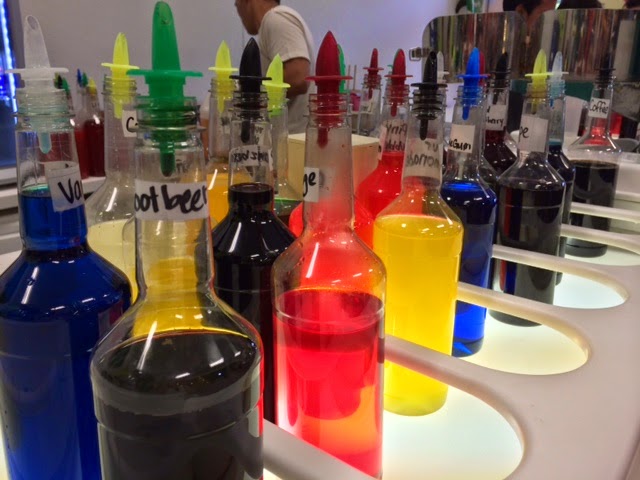 Posted by Marci Johnstone at 7:46 PM No comments:

Makerspaces...Innovation Labs...Creation Stations... Epic Center, call it whatever you prefer, but there is no denying that this is something that has made its way into the library world. Libraries all over are adding spaces where children can explore, discover, create and build. My library is no exception and a makerspace will play a major role our upcoming remodel.
These new, and might I add amazing, picture books reflect the trend, showing how important it is for a child to embrace and explore their ideas and turn them into something amazing. 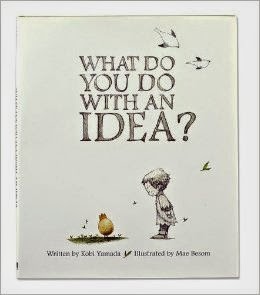 A beautifully told story about a young child who isn't quite sure what to do with an idea that they have. At first the idea feels strange, uncomfortable so rather than exploring it further, the child walks away from it. The idea stays with the child and as the child becomes more comfortable with it, the idea begins to grow.  After sharing the idea with others, the child considers abandoning it when their idea is met with laughter and ridicule. The child decides to hold onto it, taking ownership of it, letting it grow more and more. One day the idea takes off and everything in the child's world has a piece of the idea in it.

Note: I love the feel of the paper in this book. I love that the only color in the pictures is that of the idea and what the idea touches as it gradually spreads and grows. 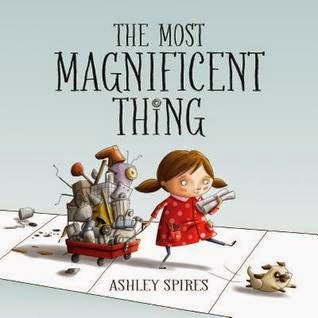 Spires, Ashley. The Most Magnificent Thing. Canada. Kids Can Press. 2014.

After sketching out her idea for the most magnificent thing, a young girl gets to work designing, gathering materials and building it. Unfortunately, the idea doesn't work, not sure where it went wrong, she tries again...and again...and again. Each time becoming more and more frustrated that it isn't coming out how she had planned. As frustration mounts and after more failed attempts, she explodes. While walking her dog her anger slowly subsides and upon returning home she sees things much clearer. She notices the things that worked in each of her previous attempts of the magnificent thing and works feverishly to take all the good from each and put them together to create something new. She is working so hard that she doesn't even notice that others have found good uses for her failed attempts. At the end of the day all the hard work and perseverance pay off and she has made just what she wanted. 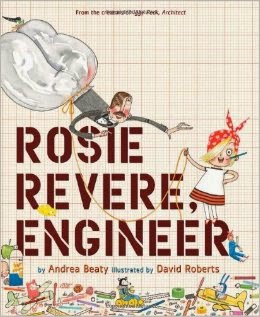 After being laughed at by her uncle for making him an amazing hat that sprays cheese to keep snakes away, Rosie stopped sharing her inventions with others. While she didn't stop creating, she kept her inventions to herself, hidden deep under her bed. When Aunt Rose comes for a visit she shares with Rosie how she has always dreamed of flying. Lying awake that night, Rosie comes up with an idea to make her aunt's dream come true. When the heli-o-cheese-copter is ready, Rosie takes it for a spin. As it crashes, Rosie hears laughter and decides right then and there to never create anything again. What Rosie didn't realize was that Aunt Rose wasn't mocking her, but rather praising her and her failed attempt. Auntie Rose points out that the crash was necessary for Rosie so that she could see the faults in invention, know what improvements needed to be made and most importantly, to never give-up. 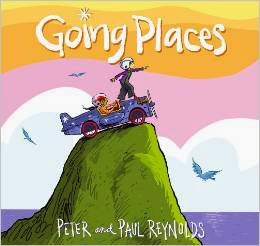 The Going Places go-cart building contest was something that Rafael had been looking forward to all school year long. So when he receives his kit, he follows the directions to a tee. Maya, on the other hand, has something else in mind. After studying a bird, she takes the materials she was given and creates a flying contraption. Upon seeing Maya's creation Rafael is horrified, she hasn't followed the directions at all, she didn't make a go-cart. When Maya tells Rafael that no one said it had to be a go-cart, he has an idea. Why not team up together and make something truly spectacular? When the day of the race arrives, others mock Rafael and Maya's creation for being so different. This doesn't phase Rafael and Maya, they are proud of what they have created and can't wait to show it to everyone.

Note: If you don't have access to the book this video is the perfect replacement.

Posted by Marci Johnstone at 9:48 AM No comments:

Walking and Listening to "The Dragonet Prophecy"

For the last few years the students in my library, from the first graders to the fourth graders, have been obsessed with these books. Counting down until the next one came out, wanting me to buy it the moment it did (which I did). I hadn't read them and had no idea what it was about these books that they loved so much.  Now that I have listened to The Dragonet Prophecy, I think I get it.

The dragons are extremely human like. Their personalities, actions, behaviors and dialog are so much like a persons that I often forgot that they were dragons. There was a childlike innocence about the dragonets that I think the children relate to. Also because there were five dragonets, all with different personalities, there was one that you would be drawn to and root for. The fight scenes were not bloody, scary or graphically described. In fact they were over fairly quickly which was nice. The story is told in a way that is easy for the kids to follow. It moves quickly and I think even the most reluctant reader would enjoy it.

Shannon McManus does a great job narrating this book. I liked how her voice was childlike, reflecting the innocence and personalities of the dragonets, while not sounding like what an adult thinks a child sounds like or babyish. That can be so annoying.

Here is a photo I took one exceptionally beautiful morning while I was out walking and listening to this book. 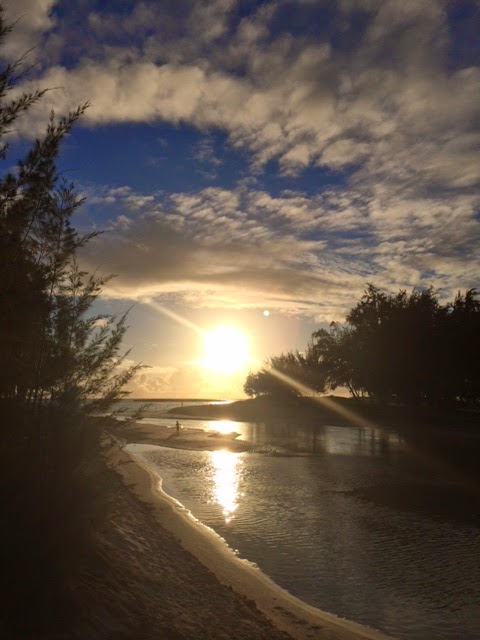 Posted by Marci Johnstone at 5:58 PM No comments: