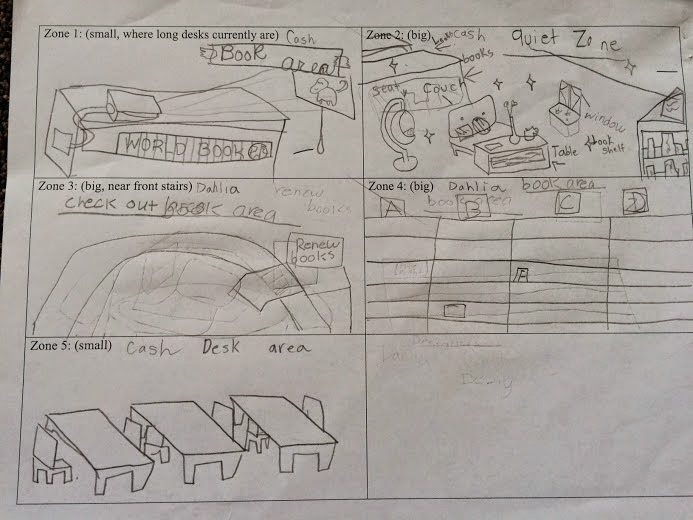 Once the Third Graders had finished researching different Learning Commons, elements of a Learning Commons and children's furniture, they revisited their list of non-negotiables. The groups then   began to decide what they wanted to put into each of the five different zones. Some chose to write what they wanted to put into each zone, while others decided to draw it. They also had to figure out who was going to be responsible for the actual drawing of each zone. I loved walking amongst the groups and hearing the conversations that were going on as to why they wanted to put something in one space over another and negotiating their favorite elements into the design.

The children spread out all throughout the library and began to draw their designs. First in pencil so that if they wanted to move something they were able to and then in colored pencil, pen. or crayon. Coming soon....The final product! 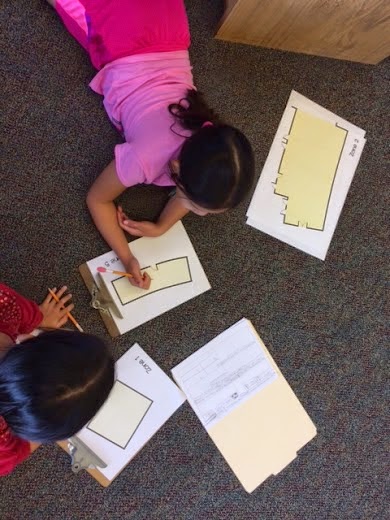 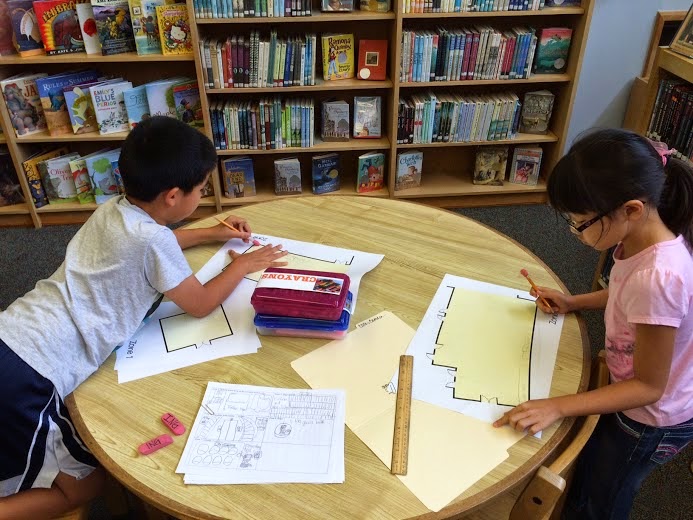 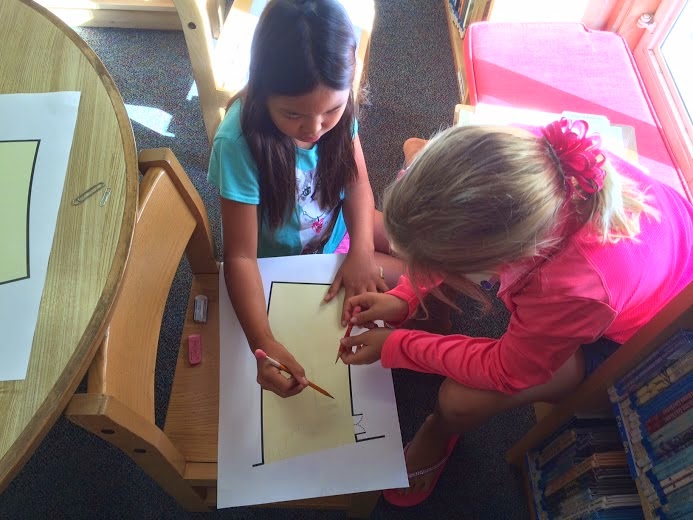 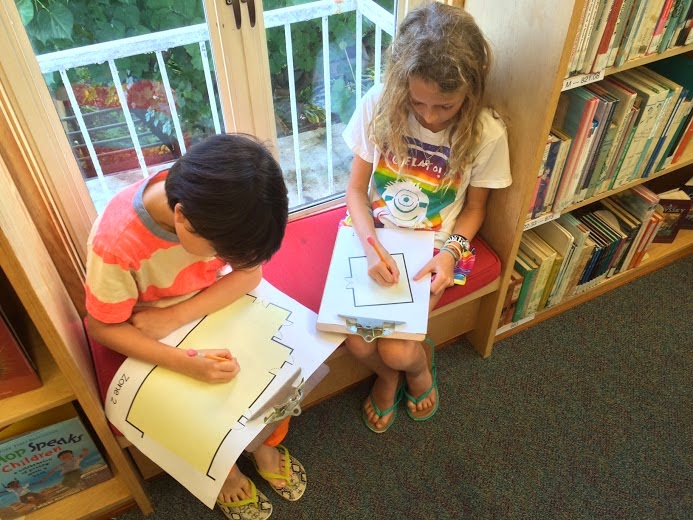 Posted by Marci Johnstone at 4:03 PM No comments:

Walking and Listening to "Hunt For the Bamboo Rat" 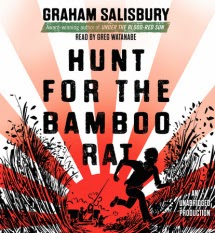 Waiting....I had to do a lot of waiting to get my ears on the latest book by Graham Salisbury. I'm not going to hide the fact that I am fan of his. In my mind he can do no wrong in the world of historical fiction, he has the gift of making his reader feel as though they are smack dab in the middle of the action,that time period. It's not only that though, having grown up here he knows the islands, he gets the nuances of the islands, he knows what makes us unique. I appreciate those touches in his books.

Recent high school graduate Zenji Watanabe is approached by the Army about a job opportunity as a Japanese translator in the Philippines. Little does he know that translating documents or communique is only a small bit of what he will be doing. After taking on the code name, "Bamboo Rat," Zenji needs to befriend/spy on Japanese businessmen and report the information back to the military so they can try to figure out what Japan's next move may be. Taking residence in the Momo Hotel, where many of the Japanese businessmen are, Zenji becomes like a little brother to these men, gaining their trust and and learning quite a bit from them. However, when Pearl Harbor is bombed, Zenji's world is turned upside down, forcing him to take on new roles, hide his identity and stay true to what he believes in.

Greg Watanabe does a phenomenal job narrating this book. I loved his use of pidgin'. It wasn't so thick that people who weren't from Hawaii couldn't understand him, but it was still genuine and sounded like what I hear around me everyday. The intonation in his voice when he was spoke Japanese was such that even if you didn't understand a word of Japanese you could easily understand if what the character was saying was kind, cruel etc. His pacing kept the action moving right along and helped the listener grasp the urgency in certain situations.

My daily walking route goes through a beach that Graham Salisbury writes about in Calvin Coconut: Trouble Magnet. My favorite part to read aloud when I am book talking the book has to do with kiteboarders. So when I was walking windy day through that beach, I had to snap this picture. 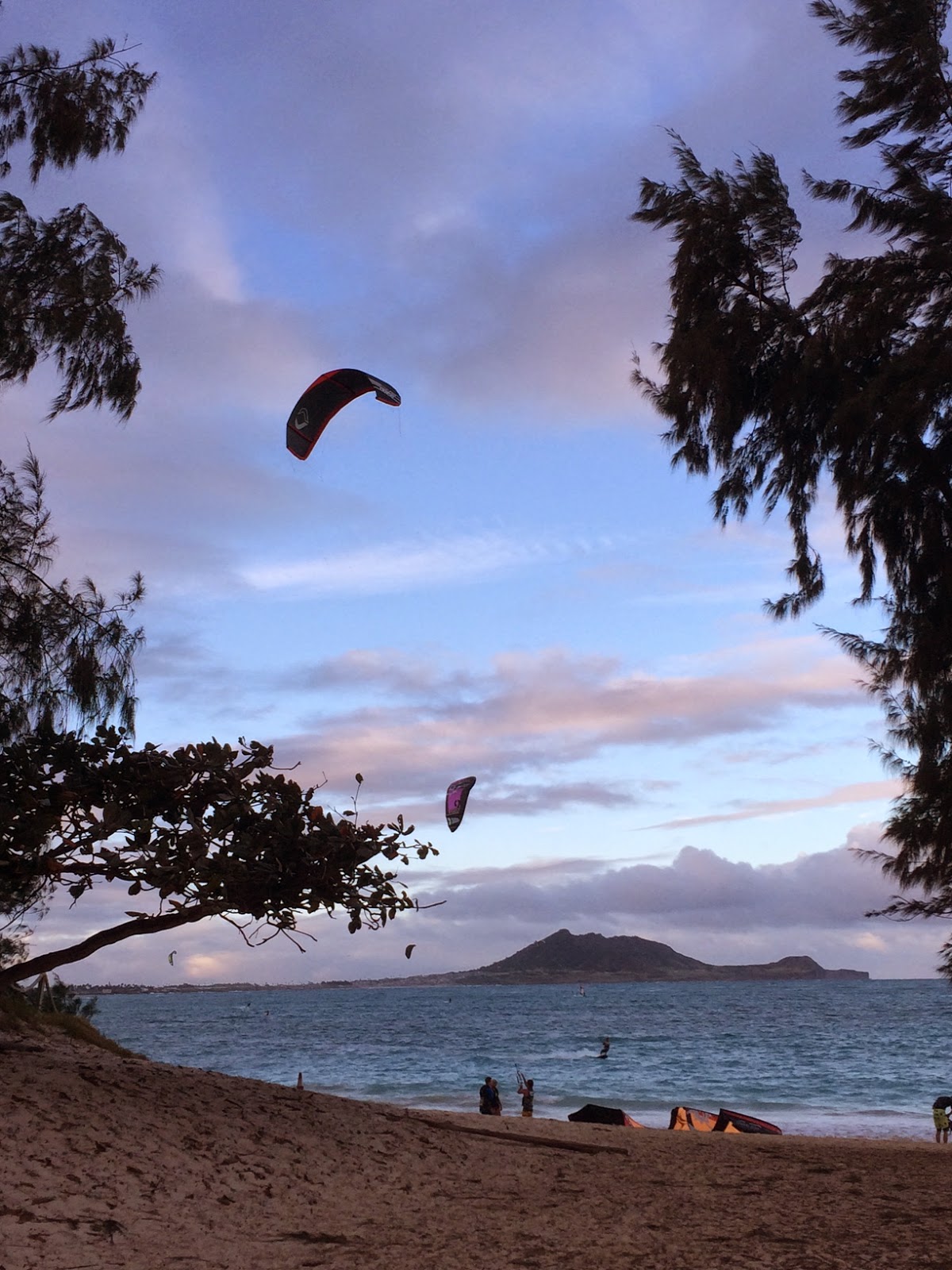 Posted by Marci Johnstone at 2:39 PM No comments:

Tis the season! The library is decorated in all its winter holiday glory! "Reading lights up your mind" is on large bulletin board this month with various Christmas lights really making it come to life. We saved the trees from last months bulletin board, however all the leaves fell off in the fall and all that we are left with are these bare trees. 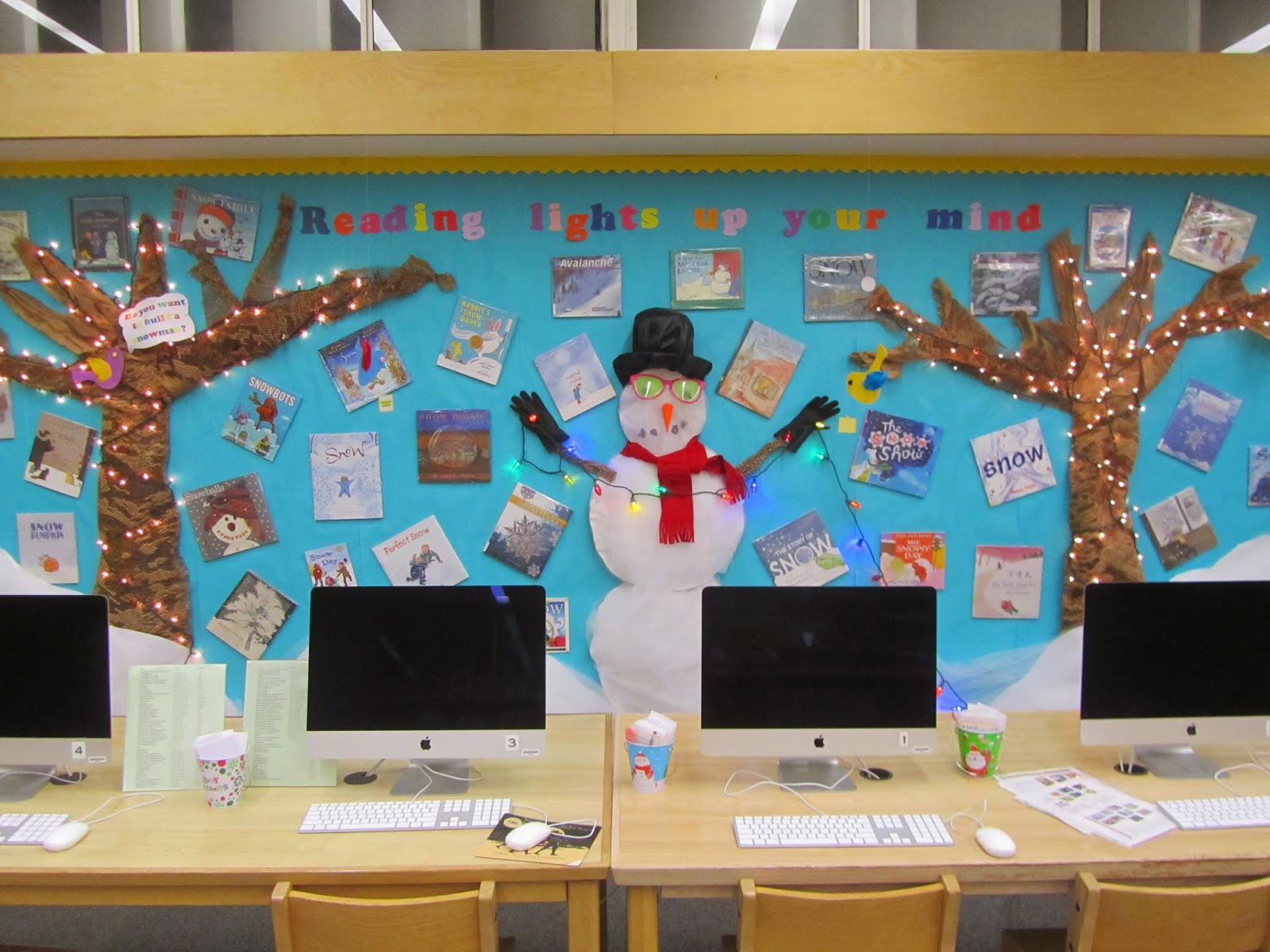 Poor Greg, he must of just found out that he is on the naughty list this year. 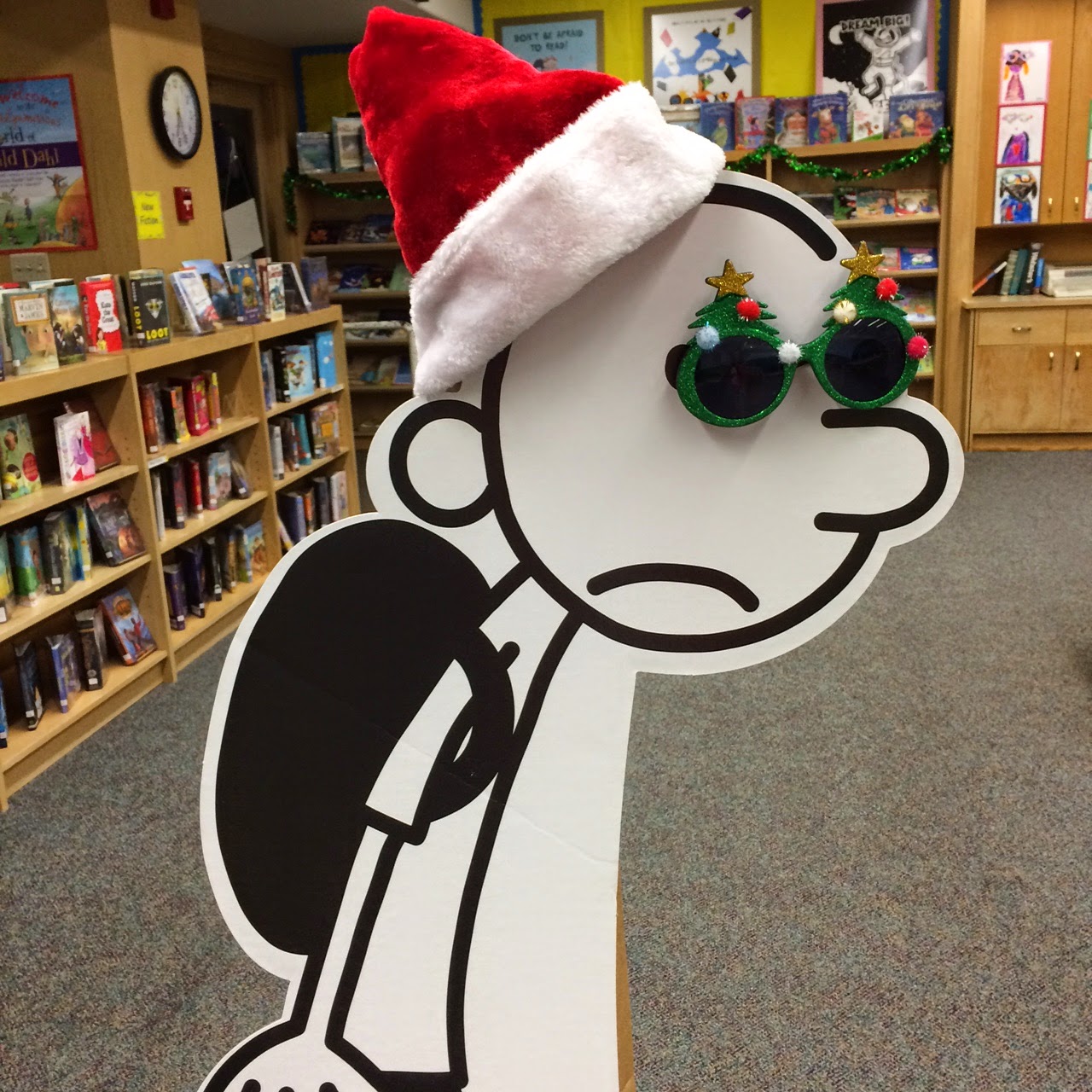 The P.F.A. donated this gorgeous tree to the library this year. The kids had a blast decorating it. 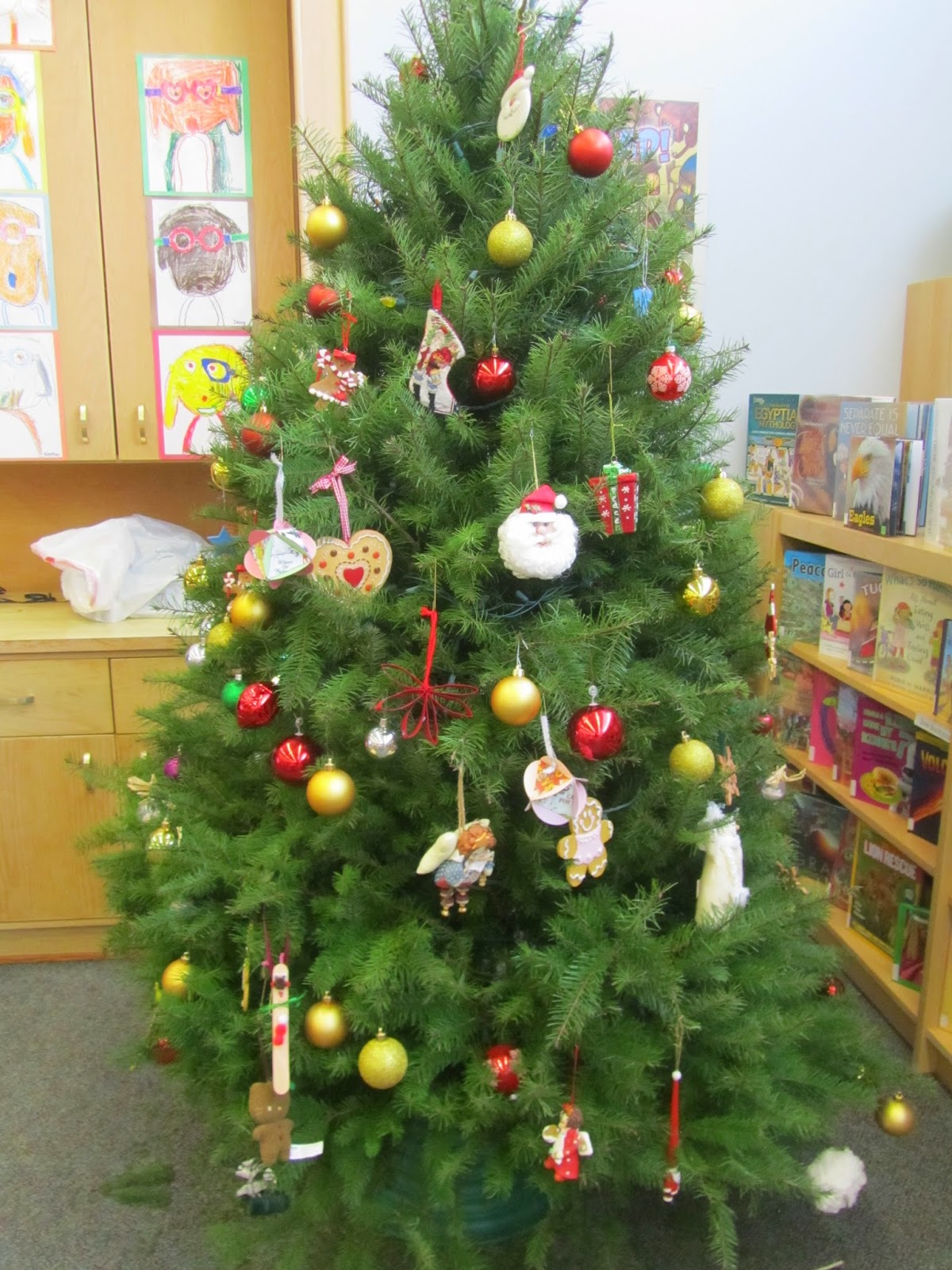 Our back bulletin board celebrates Jolly Ole Saint Nick. 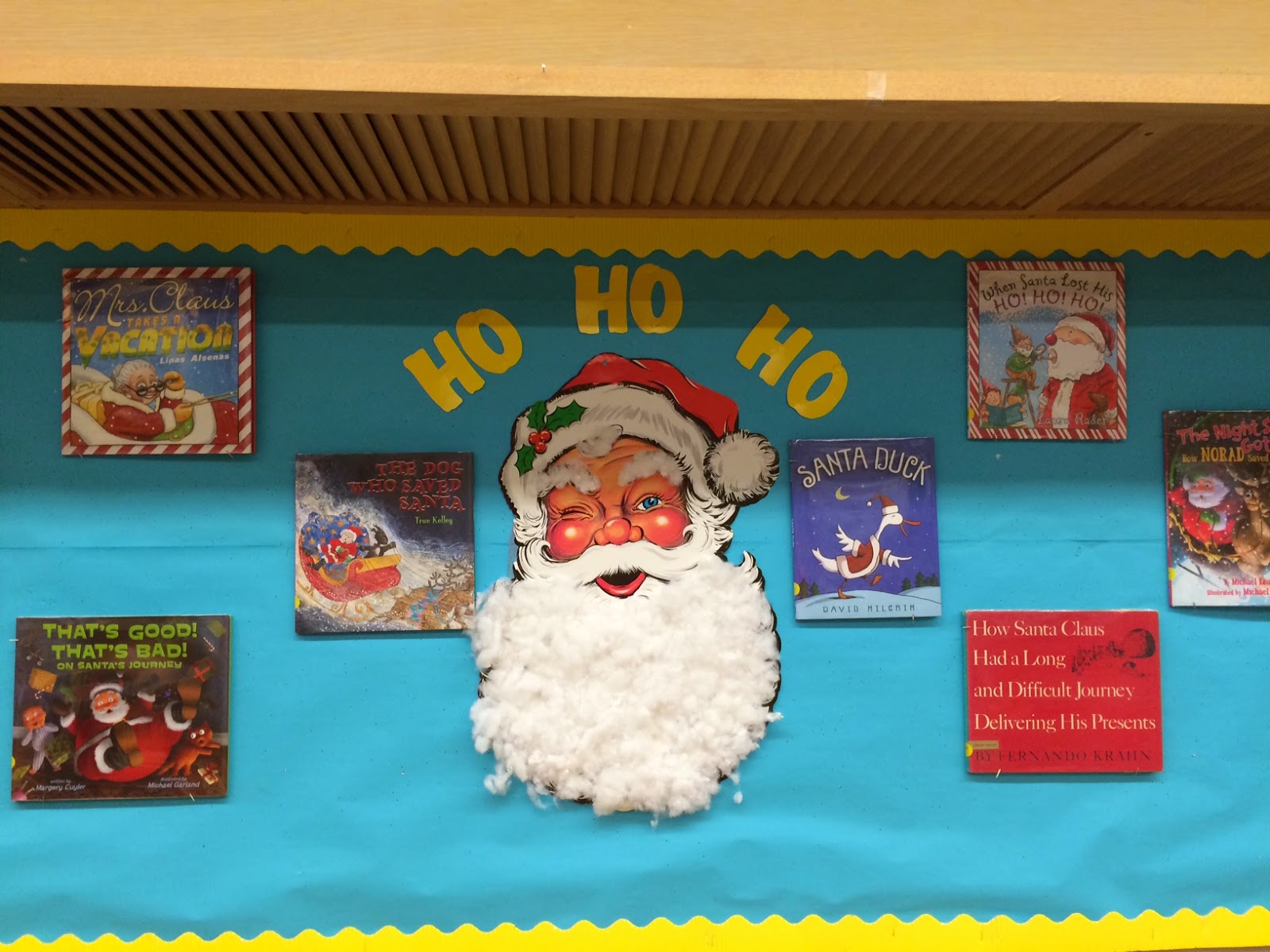 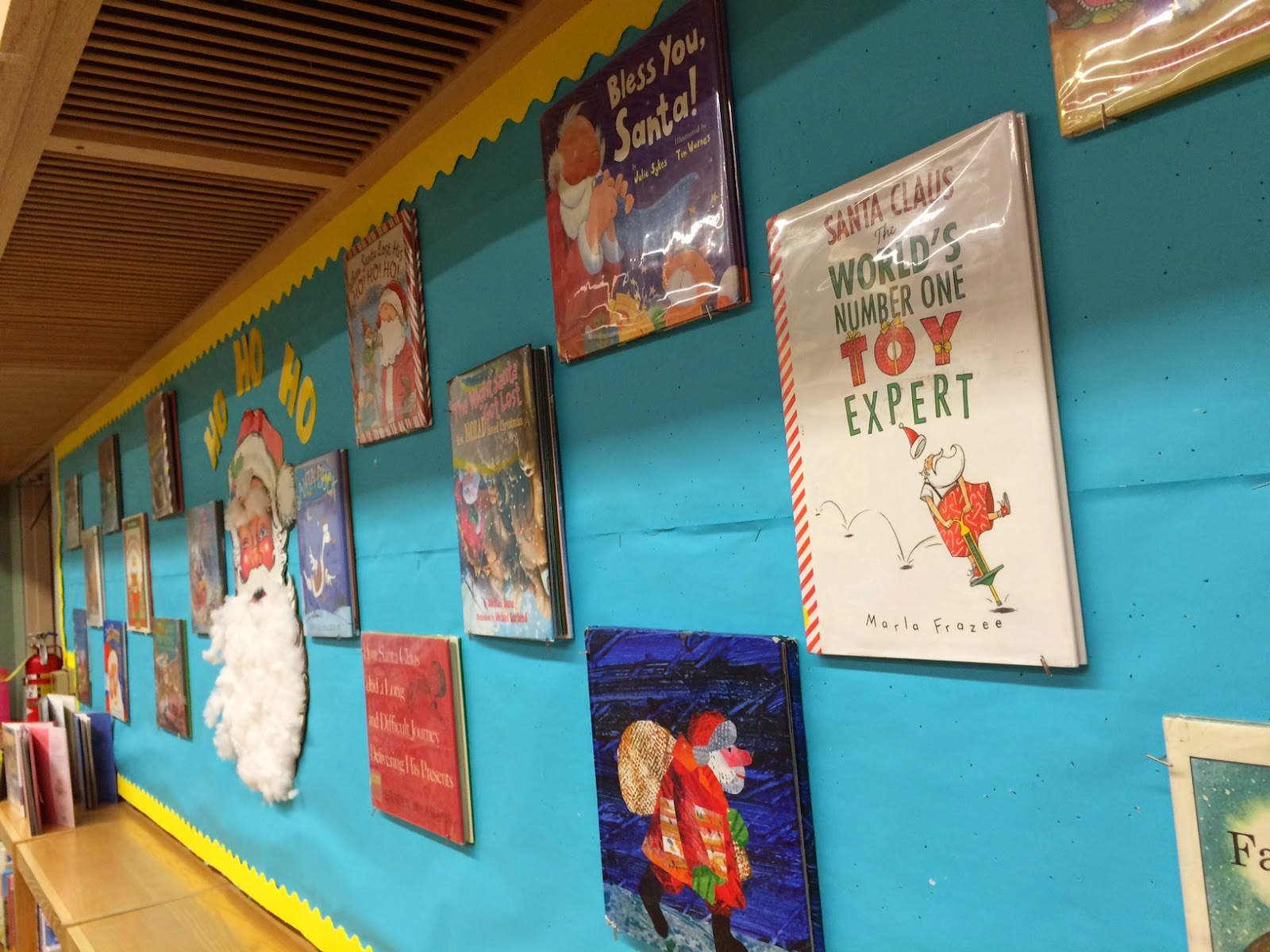 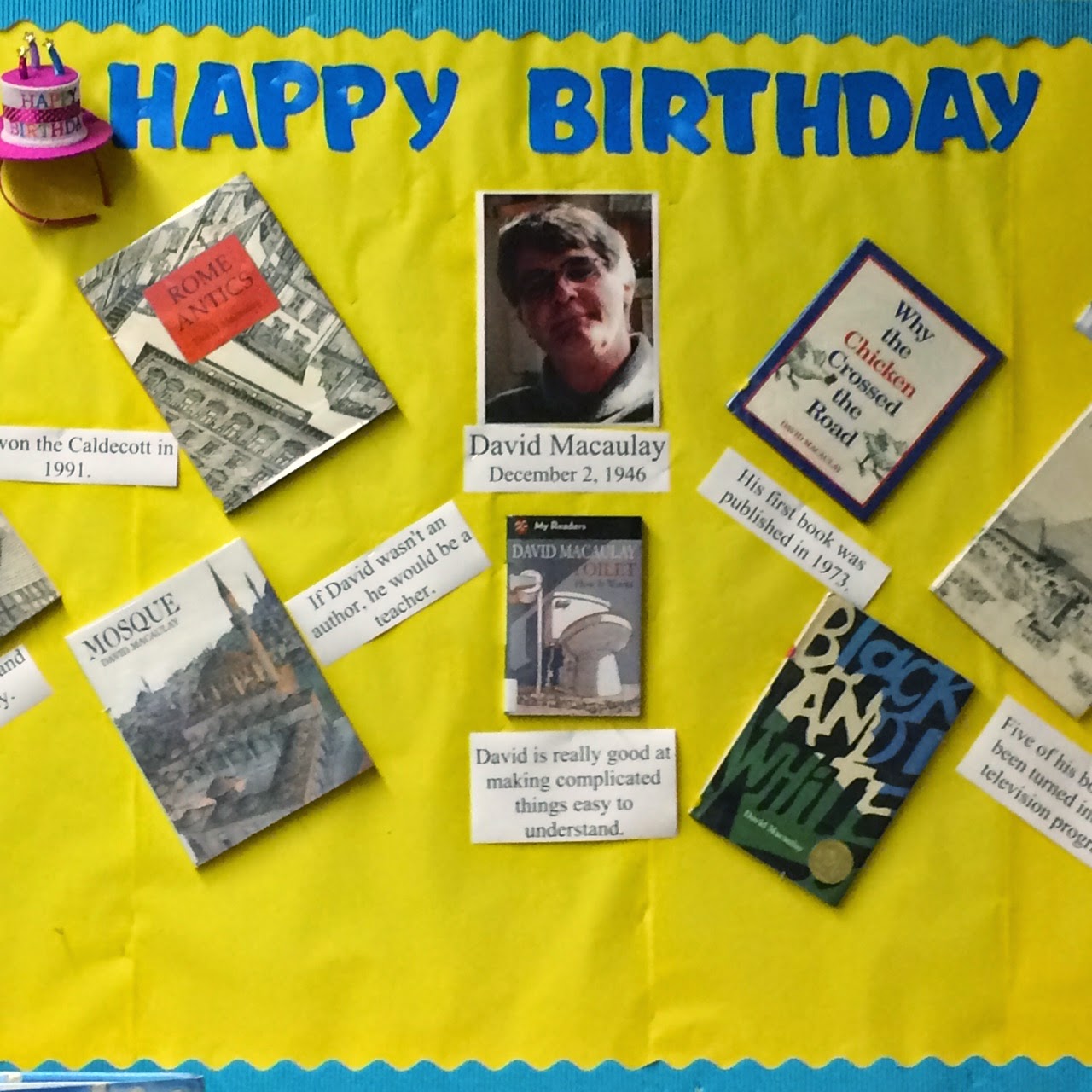 Our side bulletin boards highlight winter celebrations around the world! 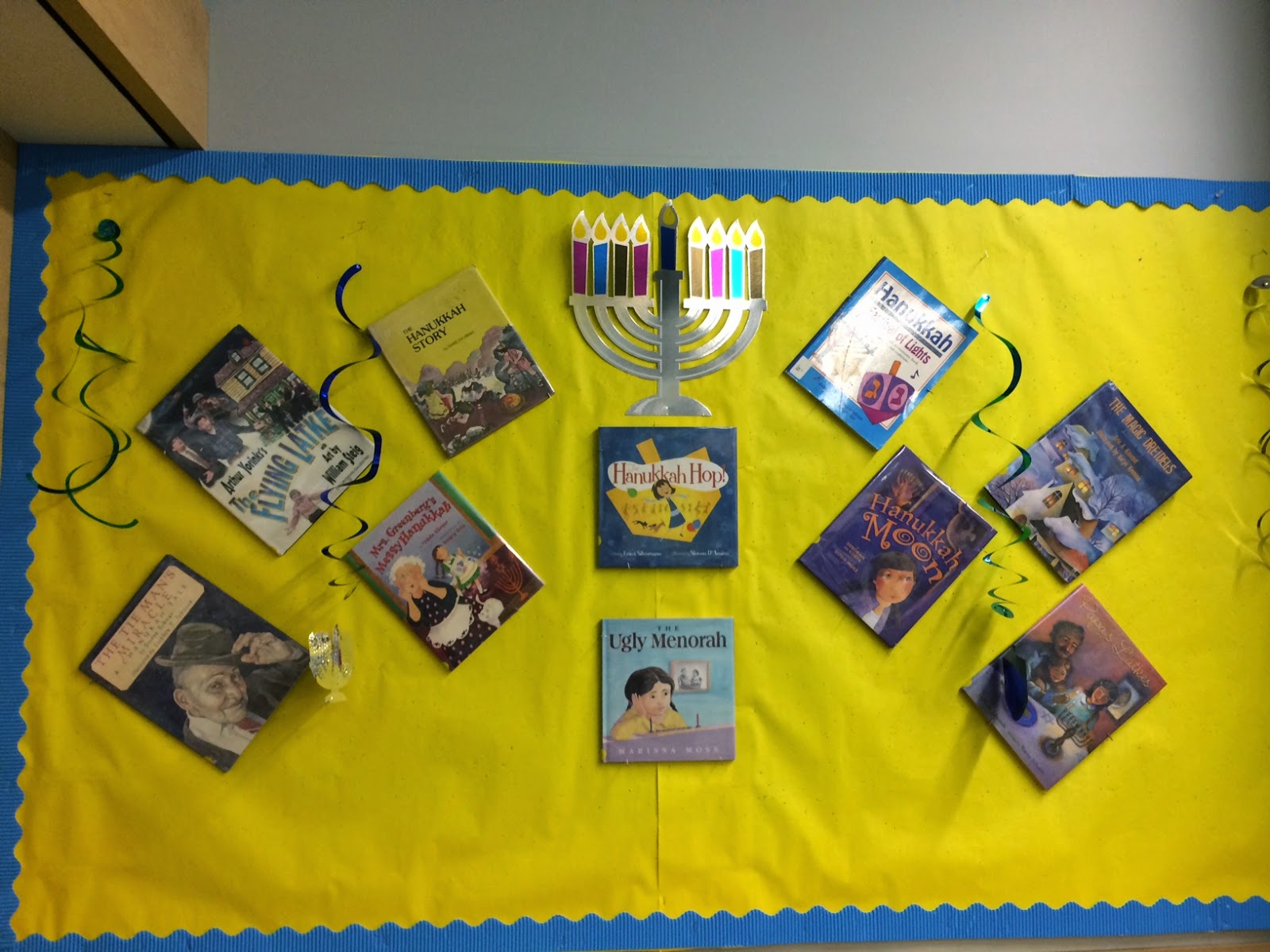 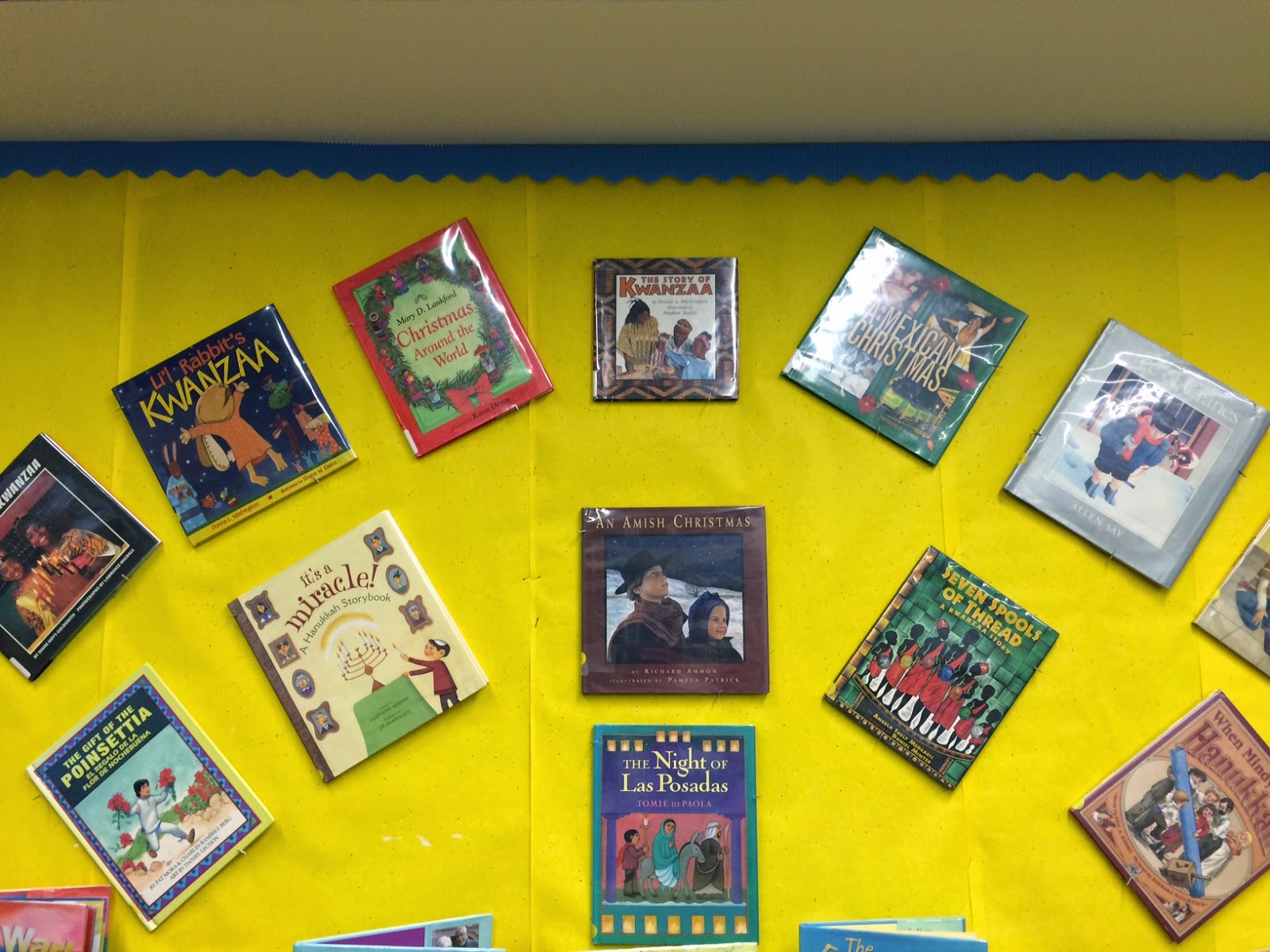 Posted by Marci Johnstone at 11:11 AM No comments: