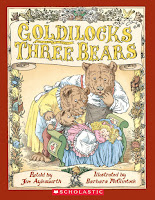 Here we go....week 2 of of Afternoon Fun building challenges!

The Book: Goldilocks and the Three Bears by Jim Aylesworth
The Challenge: Build a chair that will hold Brownielocks upright without having her feet help prop her up.
The Building Supplies: toilet paper rolls, construction paper, cupcake liners, coffee cup sleeves, tape (masking and regular), scissors and Brownielocks (a Marie Osmond Barbie Doll because that's all I had)
As the week went on I added the plastic lids to some of my haircare products.
Group Members: 2 children per group

The kids were thrilled to have a variety of building supplies to create their chairs out of, especially the tape since the only thing they could use last week to connect the straws together with was pipe cleaners. Because we were having so much fun with the tape, we had to discuss waste as many were taking way more than they needed and throwing the extra away. A demonstration on how to cut tape also had to be added since it was getting all twisted and tangled.
Some kids chose to use only one building material while others wanted to use all of them and to be honest, this didn't affect their level of success at all. After shopping for supplies, the building began. 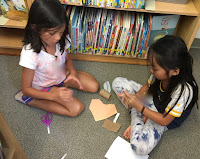 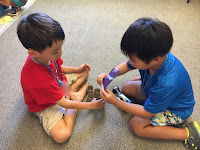 They did such a great job this week working as partners. They were really listening to each others ideas and working as a team. 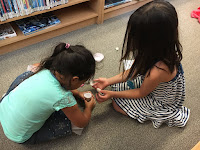 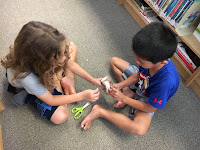 The kids were encouraged to test out their designs throughout the build. While very few chose to do so, those who did were able to see if they were headed in the right direction. It's unfortunate that more didn't do so as some would have seen that Brownielocks couldn't fit in the chair they were making or she leaned over and fell off.

The variety of chair designs was insane! There were chairs, couches and loungers.  Some chairs were designed with seatbelts to help keep Brownielocks in. 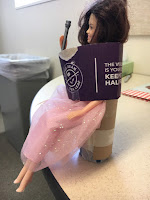 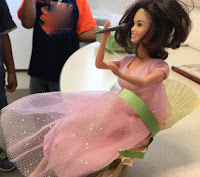 She had chairs that would hold her upright. 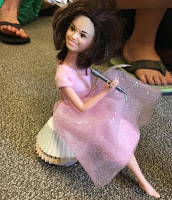 Some kids created a brace out of paper to help her sit upright in the chair. 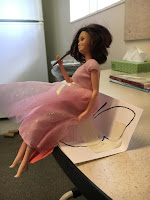 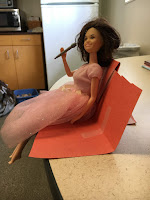 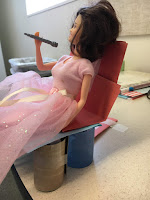 This group wanted her to lounge like she was at the beach. 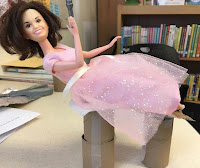 I was blown away by the creativity that they showed and by what they were able to make with just an handful of supplies. 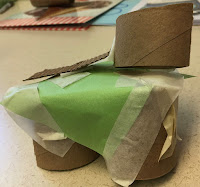 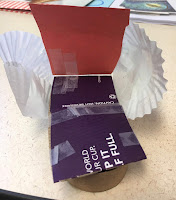 Not pictured: A chair made out of one cupcake liner that actually held her upright!

After we were done testing, the kids disassembled their chairs so certain supplies could used by the next groups. 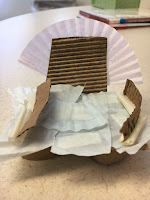 So What Would I Tweak:
1) I would have this be the first challenge that we did since there was such a variety of building supplies to choose from. Plus all the kids have experience with chairs that they can draw from vs. the rafts we made last week.
2) I would change the doll that we used. I would choose a doll that wasn't so rigid and that couldn't sit up on their own as easily as this one could.

What's Next: Jack and the Beanstalk

Posted by Marci Johnstone at 2:12 PM